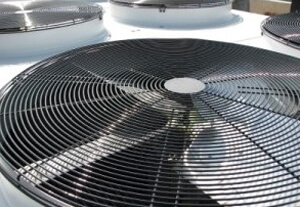 You might remember that we posted an article last year about the 2022 World Cup being handed to Qatar. At Airway Air Conditioning we provide commercial and domestic air conditioning services, so this news was of particular interest to us. This month we have an update on the proposed air conditioned stadiums and the environmental impact of this.

Awarding the privilege of being the host nation to Qatar was a bemusing decision for most people, not simply because of accusations of bribery, but because the summer months in Qatar are almost unbearably hot – so hot that there are plans to install air conditioned football stadiums.

With so much scrutiny around this topic, despite the insistence of Qatar that they could afford to build such lavish and artificially cooled structures, it has now been rumoured that the World Cup itself will be shifted to the winter months. This would leave the final to be played only days before Christmas if it were to go ahead.

Recently, the idea of air conditioned stadiums was put to a leading architect who thought that it would be an ill advised scheme. The plans to build such stadiums was not only billed as expensive, but the environmental impact of having them built was also questioned.

The power to keep refrigerated air flowing throughout the stadiums in question was due to come partially from large solar panels. This ambitious, advanced air conditioning technology was expected to cut the temperature in half for the entire stadium, including the areas in which the fans are seated.

This has apparently been demonstrated in a smaller stadium in order to show that the technology is viable. However, Graeme Maidment, who is professor of air conditioning and refrigeration at London South Bank University, has stated that such a scheme on a grand scale is extremely expensive. He has said that despite the plans being achievable, it will take a lot of money and a great deal of power to ensure that the stadiums, fan zones and training camps are kept cool throughout the lengthy tournament.

Now, with the timing of the event due to be moved, it is unclear whether these plans are now deemed to be more apt. Regardless of when the event is staged there is still some concern over the long term impact of building these stadiums with such advanced air conditioning. Will the solar power provide the energy needed and will the stadiums be used beyond the World Cup to make the cost of their construction pay off?

These questions and more are now subject to world news headlines, with FIFA in turmoil over allegations of corruption and the beleaguered president Sepp Blatter resigning only days after successfully being reelected.

While the World Cup for 2018 seemingly set to remain with Russia (since the drawing of the group stages is only weeks away), Qatar might face losing their right to host the competition, regardless of whether their air conditioned stadiums are viable or not.

If you’d like to discuss air conditioning for your home or your commercial premises then look no further than Airway Air Conditioning. We can even provide environmental advice to help you choose the most environmentally friendly air conditioning setup possible – get in touch today and we’ll be happy to help.

Do we cover your area?

Choose a category to read more